Things have been a little quite on the Mini front of late, but now we seem to be back in business. We now have more details along with images of the 2012 Mini Cooper Coupe variants, as well as figures on performance and economy. If there was ever a car that screamed out fun then forget about poor old Herbie, it is the Mini that you want.

No one would ever have thought that BMW would be able to rekindle the magic from the 60’s, and in a way they did not. However, what they did do is bring it up to date and offer drivers fun while feeling safe at the same time — something you did not have with the original. The biggest Mini of them all was the Cooper models, and who would have thought that they are still going strong today? 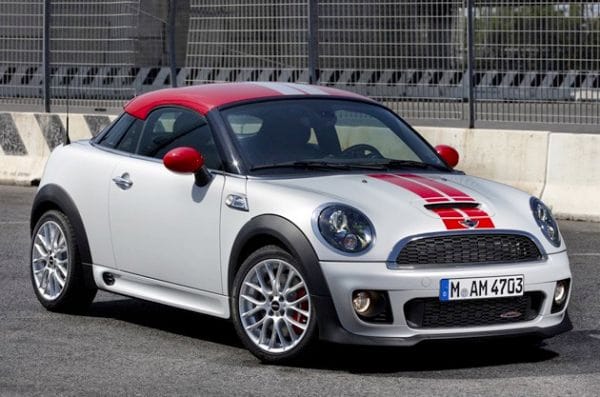 Autoblog has a host of images of the new model, and we are a little worried that the shape it a little too radical. Having said that, we are sure that the 2012 Mini Cooper Coupe being the fastest stock version will help. When looking at the exterior you know you are looking at a Mini, such as the front and sides. However, it is that roof that looks a little out of place. 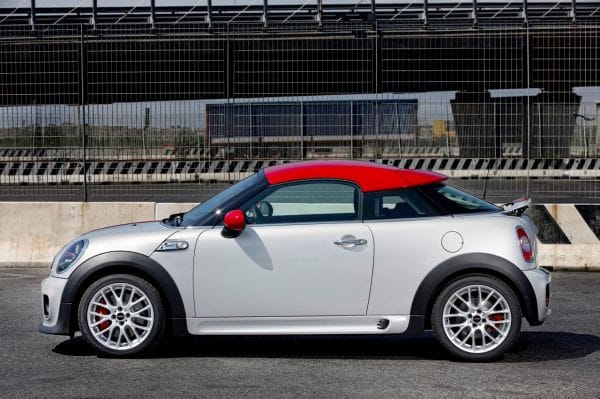 Speaking of that front end, you can see how the new Cooper has that aggressive look — maybe they use its looks to scare aware the wind as it slips through the air at faster speeds than any other stock production model? Because the new Coupe is much faster than previous models BMW has included a rear wing that comes down at speed. 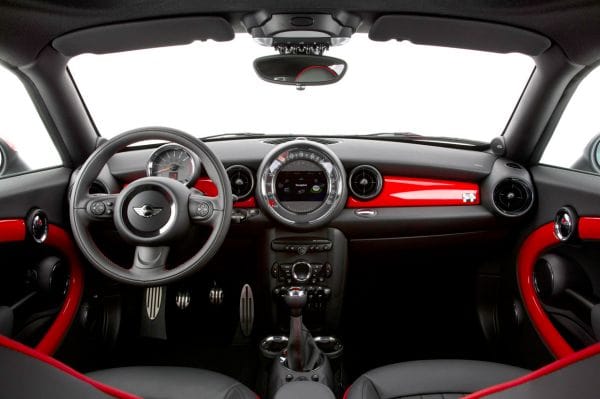 Now we do not believe that we are experts in how a car works and the whole issue of downforce. However, we cannot understand why a car would need a wing to push the rear wheels to the road when it is a front-wheel drive? Normally you only do this to a rear-wheel drive car so that it gives the tires better traction.

There will be three 2012 Mini Cooper Coupe variants, the base model, the Cooper S Coupe and finally the John Cooper Works Coupe, all of which will come with a 1.6-liter engine. The entry-level model will produce 121 horsepower and a 0-60mph time of 8.3 seconds and a top speed of 127mph. The S Coupe version can do 0-60mph in just 6.5 seconds and will have a top speed of 144mph, and the JCW hitting 60 in just 6.1 seconds and a top speed of 149mph. Early figures suggest that the standard version will do 44 miles per gallon; this pales in comparison to the MINI Cooper SD Diesel and its 66mpg.