We started to hear that the 2012 iMac had shipped 2 months ago, although it now seems that these shipments might not be to such a number that would warrant a launch being announced. Insiders now claim that Apple’s iMac refresh for 2012 will now likely see a release date with the iPad mini and new 13-inch Retina MacBook Pro within the next couple of weeks.

While nothing specific has been revealed pointing to an exact release date for any of these new Apple products, this source claims that shipments were delayed from last month to this month, which is apparently due to Retina Display yields being low. This claim in itself is strange considering we’ve been informed from numerous sources that the 2012 iMac won’t include a Retina Display, and this would in fact come next year. This had even been hinted at directly from Apple’s CEO in an earlier article.

Apple couldn’t launch these new products at a better time considering we’re about to enter the busy holiday shopping period and of course Black Friday, which marks the start of this season. While we find the above source doubtful in certain facts, it is clear that a smaller Retina MacBook Pro, iPad Mini, and 2012 iMac is coming and could see a joint launch at a dedicated event within the next few weeks. We also hear that the new iPad is said to include a different feel when in hands, although exactly how that is achieved is not clear at the time of writing. 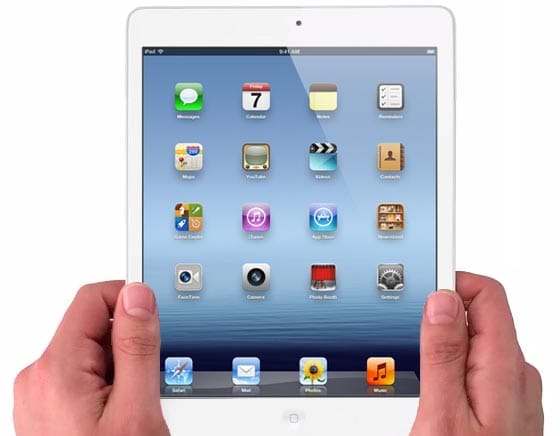 Are you interested in purchasing one of these new Apple products if launched later this month? You can count on at least a 7 day notice before Apple reveals a new event, so if this does happen in October then we only have a few days left before invites would have to be sent out.

One thing is for certain in these reports and that’s Apple would never want to launch a new product if they can’t meet a certain number of orders, and while popularity with most Apple products make this an almost impossible task they’d still need to create a certain number. Let’s hope the new 2012 iMac and iPad mini don’t drop to November.

Update: We’re just hearing a rumor that Apple will host the October 2012 event on the 23rd, and while numerous reports speak about an iPad mini it could be that the other products are showcased as well. No invitations have been sent for this event just yet.