Apple’s 21.5-inch version of the 2012 iMac has released to the public with the 27-inch set for a delivery at the end of December, or at the start of Jan, for early orders. We placed an order in the UK for the 2012 iMac with a 27-inch display and Fusion drive, which currently has a shipping date set for Dec 21 to Jan 2nd. If you want to see an internal 2012 iMac review then you’re in luck, which is thanks to a couple of websites carrying out the teardown to reveal how easy the desktop computer would be to repair.

The first inward review of the 2012 iMac comes from a non-English speaking website, although you can see a translated version of their review here. You’ll notice a lot of images showing the process step-by-step, although not much is explained about the insides, so this is why we’ve tracked down another internal review from a more popular website known for teardowns.

You can see the new 21.5-inch iMac from the side below, which had been taken before iFixit started to take apart the all-in-one computer. As always they first detail the tools used in their teardown, which included a heat gun, a number of screwdrivers, guitar picks, spudger, and of course suction cups to remove the display. 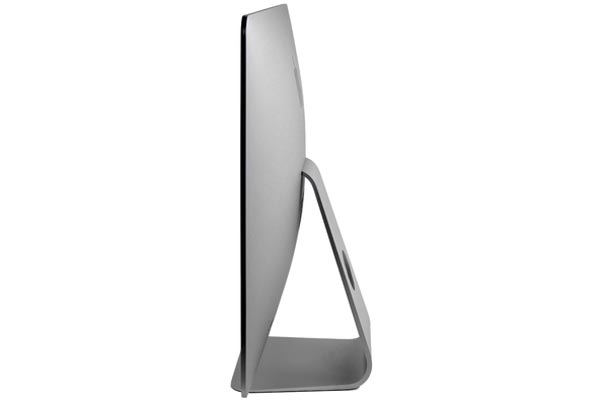 The next image shows what the 2012 iMac looks like after iFixit completed their 26 steps, which deliver a really nice guide on how to take apart the new iMac. As always they like to point out that their teardowns are published so people can understand how easy or hard the device is to repair, and shouldn’t be used as instructions to take apart the 2012 iMac. This is obviously a disclaimer to protect them, so if you do decide to take apart your computer it will be at your own risk. 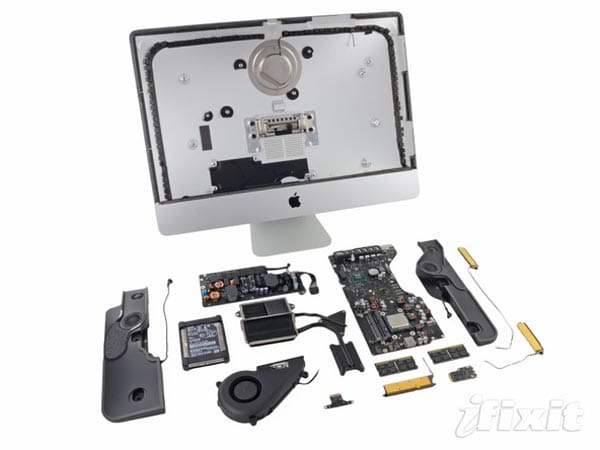 Have you ever felt the need to take an Apple product apart? One thing most Apple products share in common is their poor reparability scores, which the 2012 iMac scored a 3/10 from iFixit. You can see the full detailed review here in their article, which reveals some new fixings in this redesign that make it much harder to repair. Replacing the magnets with glue that hold the LCD and glass to the frame had been one such issue.