The new 2012 Toyota Camry is the seventh generation version, and recent reviews suggest that although there are no real surprises, this will not be enough to put drivers off. In fact there is more than enough design tweaks to keep rivals at bay. However, we do not care much for all that, what we want to know is what the price will be for the different models ahead of the release date.

For some of the models the pricing will be pretty much the same as the current version, while some of the other trim levels have actually fallen — something that we do not hear that often. There are four trim levels for the standard gasoline version, the L, LE, XLE and SE. Then there are two for the Hybrid version, the LE and the XLE. So what about the actual pricing we hear you ask? 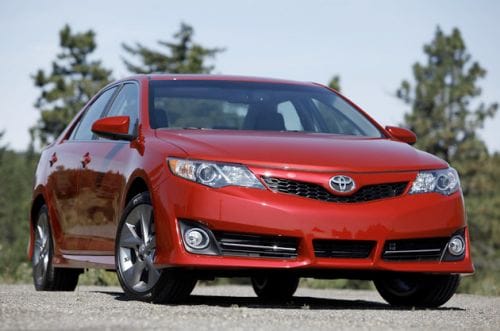 We are still surprised how Toyota has managed to keep prices down — maybe this is all part of their strategy to sell more units, as this has worked out brilliantly for Sony and their PS3 console.