Ahead of next month’s Shanghai Motor Show BMW have released a new video teaser of the 2012 BMW M5 F10M. The car is set to debut at the show next month before a production version is set to be revealed at the Frankfurt Auto Show in September.

The video shows the M5 being driving during a winter testing session by different engineers and test drivers. According to an article over at Gmotors.co.uk by Andrew Baker they unfortunately talk about the car in German, so unless you understand the language you won’t know what they are saying.

The M5 has been a great offering from BMW for many generations, and this version will have a spiced up 4.4-liter twin-turbo V8 which produces up to 580 horsepower. It also has a M-DCT dual-clutch transmission, rear-wheel drive, and the usual host of M model improvments. 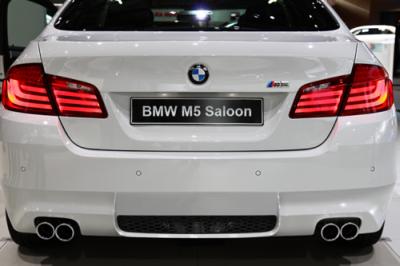 Check the video out for yourself below.