In October we were able to offer you a few details of the new 2012 BMW 1 Series M Coupe, but as information was limited we could not offer much. However, all that has changed, as BMW has now offered a host of official information along with a number of photos and spec details.

Steven J. Ewing from Autoblog seems to be very excited about this new model, but does point out one criticism even before he gets going, and that is its lack of power. We will take his word for that, but having 335hp from that 3.0-liter twin-turbocharged engine under your right foot is more than enough for most of us — not as if you can ever take advantage of all that power. 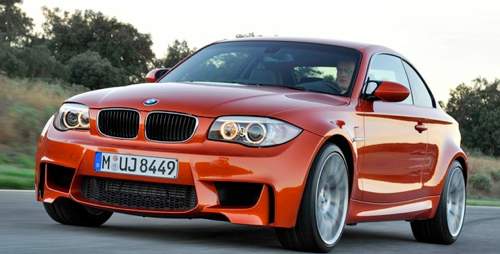 0-60mph will take just 4.7 seconds and will keep going until it reaches its limiter, which is set at 155mph. When the 2012 BMW 1 Series M Coupe hits the market it will come with a six-speed manual, so not ideal for all you lazy drivers out there — yes I am one of those as well.

If you head over to Autoblog they have a host of photos along with a press release with all the tech specs. Car Advice seems to be happy with the performance of the vehicle, and believes that BMW has got the balance between power and fuel-efficiency just right and has not made any compromises.

For those interested in the 2012 BMW 1 Series M Coupe, then you had better get yourself down to a dealer in the Spring of 2011; all we need now are the pricing details.