The 2011 Chicago Auto Show is now in full swing (well for press only) and we have already seen some gorgeous looking cars, some of which we covered in a recent post. One vehicle that has been getting all the attention for all the wrong reasons is the 2012 Acura, as there are those who have an issue with the redesign. It seems that the improvements to the front-end have been criticized.

Its hard not to have some form of judgment, it reminds me a little of the former F1 driver David Coulthard with that strong chiseled jaw line. The grille is not the only change, Acura has also been making a few changes under the hood with a new six-speed transmission, USA Today say that this helps improve fuel economy.

The Honda owned company said that the change at the front were important to the aerodynamics, as it is this that helps improve fuel-efficiency. Other changes that some might not like are the new fog lights, turn signals, and that grille. However, things have also changed at the rear, taillights have been updated, which certainly changes the look. 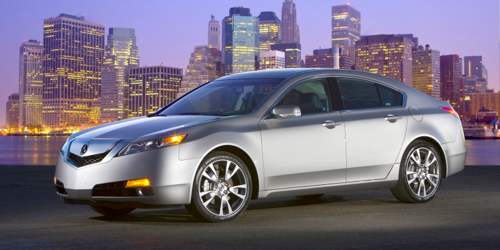 Auto Evolution reports that there are two models available; one comes with a 3.5-liter V6 and the other a 3.7-liter, which produces 280hp and 305hp respectively. There will be a choice of 17-inch, 18-inch and 19-inch wheels, you will need to make the choice depending on lifestyle and budget.

For a closer look at the 2012 Acura TL view the video that we have embedded for you below. Let us know your thoughts.