The 2011 Toyota Etios Sedan, which we announced back in January was launched in India on December 1st, and we also have news that the hatchback version is to follow in April. This new model has been designed just for the Indian market, and has been in research for the past five years. This just shows how important this new emerging market is.

According to Car Trade India, Toyota President Akio Toyoda said that they have built the new sedan and upcoming hatchback with the Indian driver in mind, and this is just one of a number of steps to offer them more affordable vehicles. Toyoda believes that his company is heading in a new era, one where middle class Indian’s will now be able to afford a Toyota. 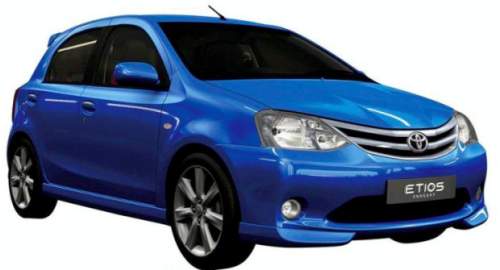 The Hindustan Times were one of the first to report that there is to also be a hatchback version, which will be known as the Etios Liva. It is said that pricing will not be decided until after the Union Budget. But is expected to be a little cheaper.

The price for the sedan version has now been set at Rs 4.96 lakh to Rs 6.86 lakh. The sedan will have a 1.5-liter gasoline engine, while the hatchback will have the smaller 1.2 gasoline engine. Expectations for both models are high, with productions numbers expected to be around 70,000 in India in 2011.