On Sunday February 6, 2011 the Super Bowl XLV will take place, and is the one day that so many companies spend a great deal of their money on commercials. However, auto companies have been a bit late to this party, it is only over the past couple of years that they have truly started to embrace this. It is for this reason why we thought we would take a look at what we believe are the best auto ads we can look forward to.

The first is our favorite, that’s right we are talking about the “Chevy Runs Deep” commercial. This commercial is to do with the 2011 Chevrolet Camaro; I do not want to give too much away here, but just expect to see “Bumblebee” from “Transformers” on there. We just love it; view below.

The second that we have embedded for you below is called “Volkswagen Commercial: The Force” and as you would expect features a little kid going around trying to use the force on not only the family dog, but also the household appliances and even the family car, which just so happens to be the new 2012 VW Passet. 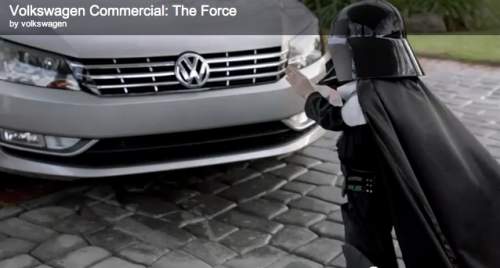 The final video that we thought we would show you comes in at a close second behind the Camero commercial. This is called “Volkswagen Commercial: Black Beetle” From the start we had a little chuckle watching this, as seeing a black beetle with two wide stripes starting from the front and going all the way to its rear racing around what looks to be the ground of a forest. This little fella is in a hurry, and so are VW, as they want to show off their 21st Beetle during Super Bowl.

So there are three of what we believe to be the best auto commercials for Sunday; would you agree or are there any others that deserve a mention?