We still struggle to get our heads around how North American drivers have started to embrace fuel-efficient vehicles, and 2011 will be a year when they go a step further than they have done in previous years. We all know how celebrities helped to make the Toyota Prius an acceptable car, but will they now do the same with the Nissan Leaf and the Chevy Volt?

So we already know the main three, but there are still plenty of other green vehicles to choose from, but what are they? The Daily Green has compiled a list of what they believe to be the most fuel-efficient cars of 2011, and do not think that they are all electric either — not that there is many. 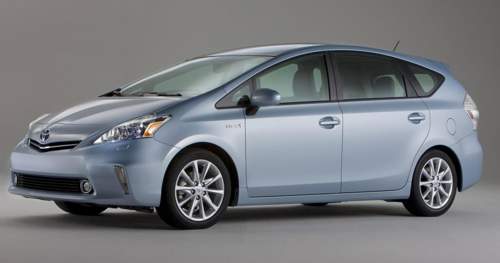 The Nissan leaf has to be on the list, but we just hope that poor sales in December were just a glitch with supply, and that the car begins to take off. The Chevy Volt got off to a much better start, but the gas/electric hybrid has yet to go national or even international. The Prius, is still the king when it comes to sales, but we have been told on a number of occasions that there are some clean diesels that outperform it in fuel-efficiency — but only when drove at higher speeds.

There is an electric car that needs a mention, and that is the 2011 Tesla Roadster. This sports car produces 0 Tons of CO2, but it does come at a price – $109,000 to be exact. We were shocked to see the 2011 Lexus CT 200h make it to the list, but when you see the 42MPG rating then you will understand just why it is on that list.

One car that we cannot wait to see on that list next year is the 2012 Ford Escape Hybrid, as it will look a lot like the new Vertrek. The Detroit based company will no doubt use their popular Kinetic Design. For more details on this visit GreenCarReports.