During the recent Detroit Auto Show we were treated to a number of future vehicles, but there were some that will be released this year. Looking at a preview of the 2011 model year cars, two that stood out for us were the Chrysler 300 and the Toyota Prius V — the two could not be any different.

The Prius V as you know is still a Hybrid, and as you will notice is larger than the standard model. This will make it an ideal car for families, which should help the Japanese automaker appeal to a broader market. Even though this is a 2011 model, it will still be known as the 2012 Toyota Prius V. You might not know this, but the upcoming car will come with iPad and Android integration thanks to a new app, which we recently discussed.

InsideLine has said that the new larger Prius will have 50 percent more cargo space, and will come with a 1.8-liter four-cylinder engine,. As always this will work in conjunction with an electric motor to help it achieve 38mpg highway and 42mpg city. For more details visit the Toyota website. 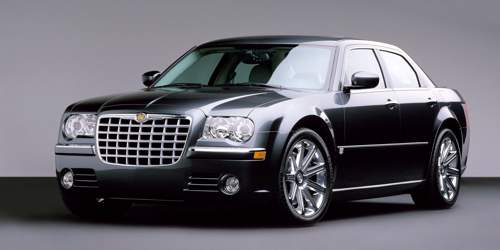 Next up with have the Chrysler 300, there is to be a Hybrid model, but that will not be for a year or so. However, let us not get ahead of ourselves, what the American carmaker has here is a sedan that oozes prestige. The styling is distinctive and comes with more than enough power under the hood.

Edmunds explains that there are four 300 models, the LX, Touring, Limited, and “C” — so more than enough choice to suit your budget. So these are a choice of just two new 2011 car models, but which others have you got your eye one?