When its comes to predicting new Apple products, Three-Guys-And-A-Podcast was right on the money for the last event. After the September event, which gave us the fourth-generation iPod Touch and the new Apple TV they predicted that there would be another event in October, and Apple would announce the new MacBook Air.

So we know they have previous, so when they predict that the iPad 2 will be launched in January and a new range of MacBook Pro devices with SSD instead of a hard drive in April; you cannot help but believe in it. This will not be a simple refresh; according to T-GAAP it will be a completely new design — but what? 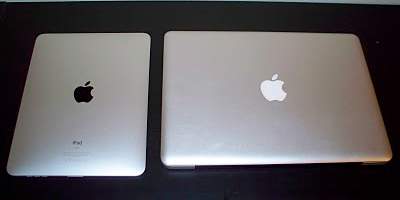 We can only speculate as to the new design, but it could be like a slightly thicker version than the previous MacBook Air. So it is believed that the new 2011 MacBook Pros will change over to a 512GB SSD, and will be much lighter than the current design.

Not much was mentioned regarding the iPad 2, just that it would launch in January. I believe that this has some merit; no way will Apple want to release the iPad 2nd generation around the same time as the RIM BlackBerry PlayBook and the three upcoming Acer tablets. Read what five new features the iPad 2 is likely to have.

What do you think of these latest rumors, is there any credit to them?