The 2011 Lincoln MKZ Hybrid was first seen at the 2010 New York Auto Show, which as we know was their very first hybrid car. So nine months later the car has now been at the hands of a number of journalists, so now aim to offer us a review; so what will be the outcome?

James Tate from MSN Autos makes a note that this is Lincoln’s most fuel-efficient luxury hybrid, which we recently reported on as well. There is just one model of the MKZ Hybrid, although you can make a number of changes by adding some optional extras.

One thing that Tate does point out before he gets into his stride on reviewing the green vehicle is how it is very similar to the Ford Fusion Hybrid. This he believes could have an affect on how the vehicle will struggle to compete with its competitors. Do not let that put you off though, as Ford has made this a very affordable hybrid, which is something that you do not get from other American brand cars, but will this be enough? 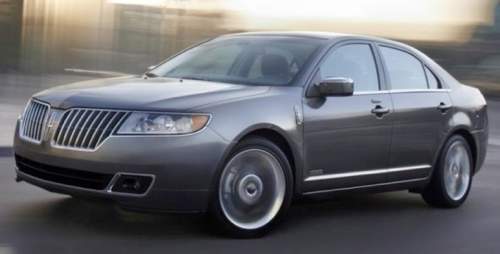 Huw Evans from AutoGuide adds that the MKZ Hybrid does not have all the futuristic styling as those Japanese brands, but none of them will offer the kind of luxury — well maybe the Lexus GS Hybrid, but that does not offer the same mpg figures. So you have to ask yourself if looks is more important that fuel-efficiency?