Owners of the new 2011 Ford Fiesta will be pleased to know that the Ford Sync AppLink is now available for BlackBerry and Android handsets. However, those with an iPhone will have to wait until next year before the app becomes available to them. Now you will be able to control Pandora with your voice.

Engadget says that downloading is easy, and once done can be transferred to your system with the use of a USB stick. This certainly shows how far technology has come in the past few years. When it comes to this kind of technology Ford believes that they are in front of their rivals, the idea of controlling a number of features of your car with your smartphone is certainly an appealing feature. 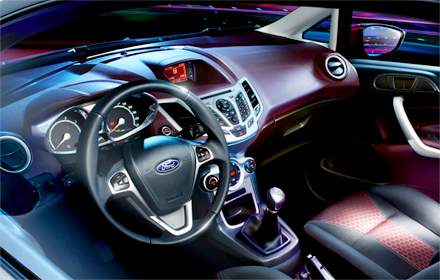 We are not certain why Ford has taken so long to offer iPhone support — but better late than never I would say. This new app will allow you to control apps on your iPhone by using voice control on the Ford Sync AppLink system, making it much safer while driving.

ZDNET adds that this is Ford’s latest effort to bringing complete “mobile connectivity into the car”, and with all three major iOS systems they will be on their way to achieving just that. What other features in the car would you like to see controlled by voice?