It was only last month we told you about the 2011 Ford Explorer winning truck of the year, but today we have some more worrying news to bring you. It has been announced that Ford will be recalling 1,658 Explorers in a voluntary move.

The recall affects Explorers fitted with manual recline second row seats, according to a report on Autoblog.com. Ford Explorers which were made between July 15 and December 13 2010 are affected, with the manual recliner mechanism having components that are “out of dimensional specification”.

The NHTSA says that in the event of an accident the components may not provide the required strength to protect passengers. Ford is expected to start the recall on February 14 and replace the seats at no charge. Owners can call Ford at 866-436-7332 or NHTSA’s vehicle safety hotline at 888-327-4236. 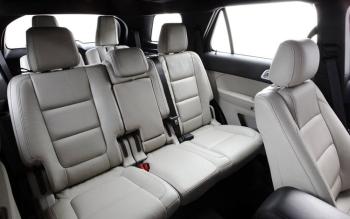 This comes as Ford officials have said they are to boost production for the US market by 13 percent according to a report on The Detroit News. Ford are also considering adding additional shifts as it tries to get sought after models such as the Explorer on to showroom floors. Ken Czubay vice president for Ford’s US marketing said “We are running flat out right now.”