For those of you who thought the Ford Explorer was made part of automobile history, you would have been shocked when the Detroit Auto company announced that they were to launch a 2011 model. The SUV was not coming back in a form that we are familiar with — you can clearly see with the images from Autoblog that much has changed.

Chris Paukert from the above mentioned auto website has had a chance to give the new 2011 Ford Explorer a go, and before he gets going with his first drive experience was like, he thought it was only fair to offer a brief history into how the model had been damaged through past events. So we know that the 2011 model will have to be something special to shake off the stigma. 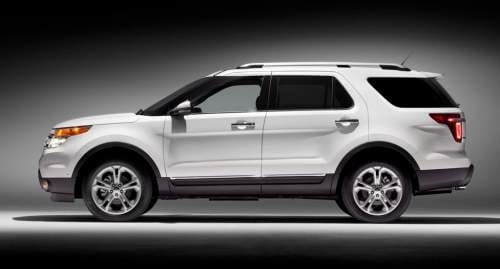 The new vehicle will be available in three trim versions: base, XLT and Limited, which we discussed in a recent post. Prices are $28,995 to $39,995. Paukert pointed to the fact that the 2010 Taurus was able to become a success even after being tainted, so there is no reason why this will not be the case for the 2011 Ford Explorer as well.

Below we have found a video of the new Explorer, and how it performs on the sand. In the video it has been pointed out that the new 2011 Ford Explorer is no competition for the Range Rover — but is anything? One thing is certain, from watching the video you will have a lot of fun on the sand — even if you might lose control a few times.