The 2011 Detroit Auto Show is almost over, and one car that stole the show was the Chevy Volt, winning an award in the process. However there were other electric cars at the show, so we thought we would have a round-up of what were the best. Choosing the best was always going to be a tough job, but we hope we have come up with the goods?

We still do not know what to class the Volt as, is it an EV, Hybrid or something else? However, there is no denying what the 2012 Ford Focus Electric is, and being based on a car that has already proven itself and will help sales. We know that the 2012 model will be a complete refresh, and we already know how popular the current model has been. 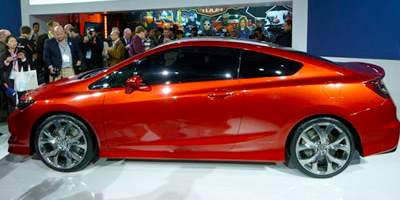 The next car is the 2013 Mercedes-Benz SLS AMG E-Cell; there are a number of things going for this model, such as its 0-62mph time of 3.8 seconds. However, it is the $307,000 price tag that could go against it — not exactly as cheap as the Nissan Leaf now.

Finally we could not talk about the best electric vehicles at Detroit without mentioning the Tesla Model S, which you can see a video of here. This is much cheaper than the Mercedes, but the $100,000 price means that it will lack in a few features. However, Tesla Motors has decided to make the Model S large enough for up to 7 passengers.

These are just some of what we thought stood out at the first major motoring event of the year, but what other EVs should have been mentioned?