When the Bugatti Veyron was first launched we thought we were looking at what could be the best piece of car engineering, and we were right for a while. There have been other cars that have taken the crown as the fastest production car — but can you say they were as sexy and as nice to drive as the Veyron?

We recently reported that Bugatti made their baby even better with the 2011 Super Sport edition, and Rex Roy from Autoblog has done what most of us could only dream of — test drive the machine. The first thing you need to know is just how hard it must have been for him to drive the car, as it costs a staggering $2.58 million. 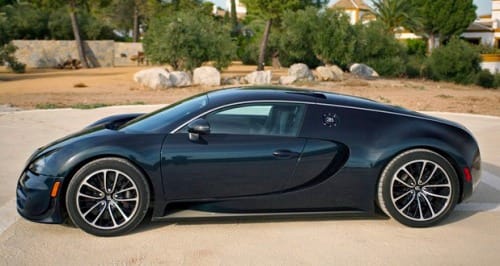 For that you get a car that offers 1001-horsepower and just like a child Roy thought that he would test all those horses. His first test drive seemed like an awesome one, he hit over 300kph (186.4 mph) on his first run and points to the fact that in one power curve it was like an F-18 on afterburners. I wonder why he did not want to hit its top speed – 267.81mph?

I have watched many episodes of Top Gear (UK Version) and have seen how elegant the Veyron is, it is not like a white-knuckle ride like most super cars, and it is for this reason why the car will always be a favorite of mine. If I could have two cars in my garage it would be this and the McLaren F1.

What is your ultimate car?