If ever there were a brand that mixed sport with luxury, then Aston Martin would be at the top of my list; so you can imagine how excited I was when they announced a 2011 GT4 racer. You will notice from these images from Autocar that there is design inspiration from the V12 Vantage.

Now that you have stopped salivating at those images now it is time to get down to the details; the first thing that you need to know is its powerplant, a 4.7-litre V8 engine with increased power for the 2011 edition. We would like to give you the performance figures, but Aston Martin has not been forthcoming with all the details. 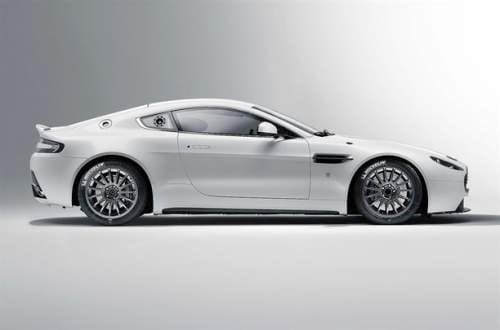 However, there is still a lot we can tell you, such as a number of improvements to the aerodynamics and downforce, which are two fundamental features to any racer. What helps with all that extra downforce is a carbonfibre diffuser — anyone who loves F1 will know just how important this feature is to gaining extra downforce.

You can clearly see from the images that the new 2011 GT4 racer has the front and rear bumper from the V12 Vantage, as well as those lights. For those of you who will be taking this new car to the track will find that the new Bosch ABS and traction control system will come in handy in wet conditions (this is an optional extra).

Once you have taken a look at the images of the new 2011 Aston Martin GT4, let us know what you think.