The NHTSA has had to move things up a gear in its investigation into the 2011-2013 Kia Sorento, which as we know has an ongoing issue with its sunroof. The National Highway Traffic Safety Administration started looking into this issue last year, but has now taken the decision to extend this to a full engineering analysis.

From what we have seen in the past, this could mean a 2011-2013 Kia Sorento recall could happen very soon, as this is just what happened with the Hyundai Veloster sunroof, and soon after this led to a recall.

There could be 65,347 vehicles affected by the outcome of this latest investigation, although we would like to inform you that from the 95 complaints received, there have been several injuries, which has to be a factor why NHTSA has stepped things up.

Out of those 95 cases, 14 people were injured; with at least one suffering from cuts and bruises. And, seeing as though this happened while the vehicle was moving, this could have been much worse. 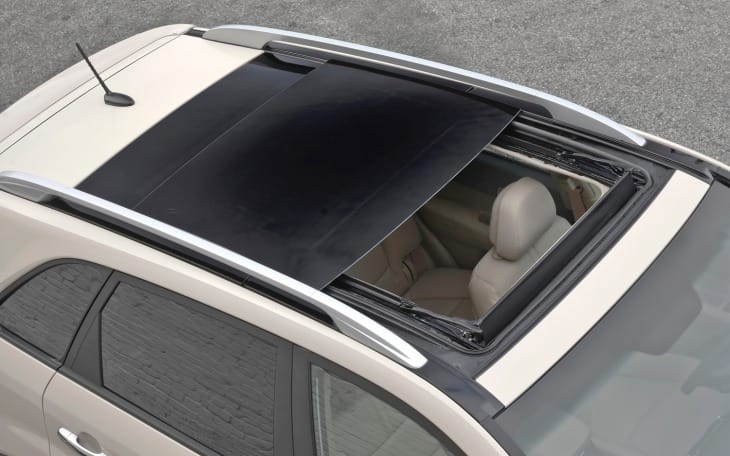 The NHTSA reports that Kia conducted its own investigation, but strangely was unable to find any defects, and said that the only way for the glass to break on the sunroof was if an object struck it. However, they did say that considering the large area of glass on the roof of the Kia Sorento, there is more of a chance that it could become damaged.

We do worry by the fact that Kia contacted Just Auto to tell them that objects like hail and debris could cause the sunroof to break, and it is this admission that is worrying. If the glass on a roof is unable to withstand an impact from hail, then this is a huge safety concern, one that demands a recall.

Okay, so glass objects are not as strong as they once were in the kitchen and other places, but on a car, glass should be stronger than ever. Is this down to an insatiable need to cut weight to meet with emission standards?