2010 has seen some pretty exciting releases in the world of gaming such as the PlayStation Move, the Kinect, the much-anticipated Gran Turismo 5 game and of course, Call of Duty: Black Ops. However, there are always going to be games that some may regret buying.

For example, an article over at thegamersparadise.com lists Halo: Reach as one of the worst games of 2010. I can just see many disagreeing with that choice. Although the author of the article says the game looks good and packs a good story, the Halo: Reach game just wasn’t for them. 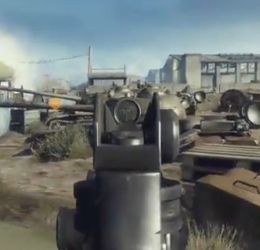 Another game that made it onto the list is of course Medal of Honor. There was a lot of hype before this game was released and when it did, many were disappointed. The game may have a good story behind it, but respawning, weapon damage and ranking has been described as total chaos.

Dark Energy Digital’s survival-adventure game Hydrophobia also made it onto the list (not that I’ve even heard of this game before), as did Artificial Mind and Movement’s Naughty Bear for the PlayStation 3 and Xbox 360. This game may be fun, but only for about 15 minutes.

Other games on the list include Limbo, Skate 3, Sniper: Ghost Warrior and Create. You can read the full list via thegamersparadise.com. What would you class as the worst games of 2010?