If you happen to still own a first generation iPod Nano and have experienced overheating problems in the past, we have some very good news for you. Apple has just announced that they are opening up a free replacement program, allowing affected consumers to swap their faulty device for a brand new one.

Although not labeled as a recall by the company, Apple has clearly admitted on their website that certain 1st-gen iPod Nanos are prone to overheating in ‘rare’ cases as they call it. If you have a iPod Nano bought between September 2005 and December 2006, then you are eligible for this offer and you can proceed to fill out Apple’s replacement form so that the company can send you a box to pick up your device.

For a device that is six years old, this is pretty good going from Apple. One aspect of this recall though that a lot of consumers are asking about is whether or not Apple will be sending you a brand new 6th gen iPod Nano as a replacement. We can tell you that although it’s not officially confirmed 100%, it is highly unlikely that Apple will be sending brand new 6th-gen Nanos to consumers for free just like that. Instead Apple probably either sending out refurbished 1st-gen iPod Nanos, or just replacing the battery in your current model and sending that back to you within six weeks.

As noted by Apple is that consumers who have a personal engraving on their 1st-gen iPod Nano will not receive a customized iPod Nano back from the company, so take that into account if you paid a lot of money for it. If you meet all the criteria, you can get started on the official form here by giving Apple your serial number first.

What are your thoughts on the replacement program, it’s pleasantly surprising news – wouldn’t you agree? Let us know if you have any questions regarding your replacement. 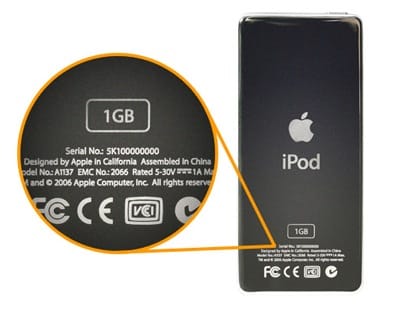