The likelihood of a 2016 17-inch MacBook Pro is slim to none, and even people that have been going to see the return of the larger Apple laptop have even gone off the idea now.

It was a couple of years ago when it really did look as though Apple were finally ready to bring the 17-inch MacBook Pro back to the market, as the rumors were rife. However, since then those rumors have almost come to a halt, and it now seems that those same people feel that it just would not be practical to have such a large MacBook anymore. 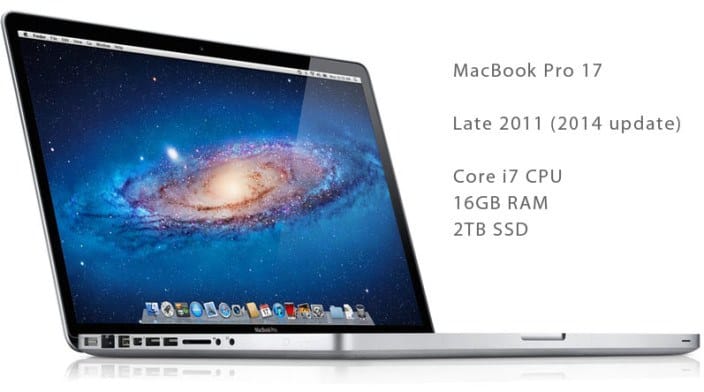 Don’t get us wrong, we know that there are some of you out there that still believe we will see a larger MacBook Pro released this year, but we now think it is about time this was put to bed.

Ok, so we know that some of you still out there hold on to hope that Apple will finally bring this larger model back, but with the 17-inch model now 4 years since its demise, it’s highly unlikely to ever see a return again.

As for the 2016 MacBook Pro update itself, we still think it is funny how some websites are reporting that we will see Apple announce it during WWDC on June 13. Come on people, have we not learned by now that this event just like previous ones are more for software and not hardware.