There are currently two size options for the Macbook Air, and those are 11 inches and a 13.3-inch version, although it is clear that there are those of you out there that would like something just slightly larger. The MacBook Pro currently goes up to 15 inches, although there have been rumors that the 17-inch model could see a return – but those rumors have been doing the rounds for a few years now.

There is a new rumor suggesting that Apple could actually offer a third size option to its thin notebook, but how likely are we to see a 15-inch MacBook Air 2016 release?

Actually, it will not be a third size option when we think about it, as Macotakara suggests that Apple could do away with the 11-inch version and replace it with the 15-inch model instead. We are really not sure about this rumor, as making the Air larger might not work very well – not unless there is a complete redesign. 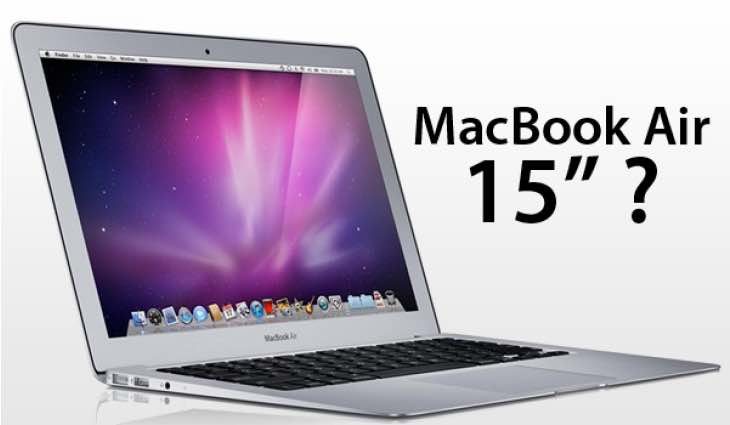 It is here that lies the problem because it was only a couple of months ago that Apple decided to update its MacBook Air range, not in terms of new hardware, but just doubling its standard RAM for the same price. This led many of us to believe that Apple was slowly phasing out the Air and putting more effort into its MacBook Retina and also the Pro model.

Speaking of that Pro model, this could finally get the overhaul that is needed, such as a new hinge. An announcement could actually still happen this month, although do not expect shipping until a few months down the line, with August being when shipping could actually start.

Would you welcome a 15-inch MacBook Air?