The way to find out roughly when a new product is to be released is to look to the supply chain, which is just what DigiTimes does and have recently done so for the rumored 12-inch MacBook Air.

If we are to believe what DigiTimes is telling us, then the 12-inch MacBook Air production could begin as soon as next month, as they state mass production is to start in Q3, which begins next month.

We can’t say for certain how much truth there is to this rumor, but this isn’t the first rumor we have heard in regard to a new sized MacBook Air. If Apple were to release one, then we expect it will be released in October, the same time as the new iPad. 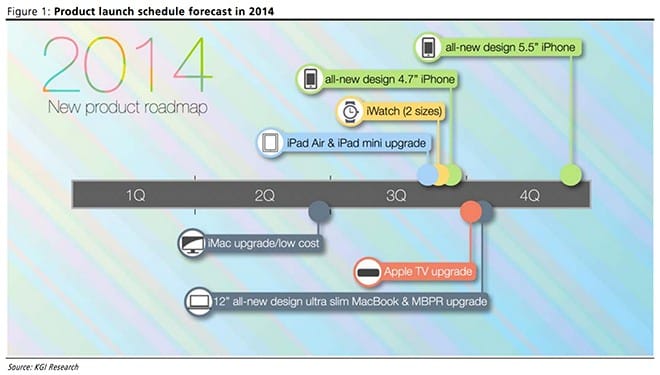 From what we know so far the 12-inch MacBook Air will come with the same design as the current models, and so will only see a small tweak here and there in order to make everything fit.

It’s not yet known as to the specs of the 12-inch MacBook Air, but most recent rumors suggest it will be similar to that of the current 13-inch model, while having the portability of the 11-inch model.

Above is an image of an Apple product timeline, and while we have already seen ones like this in the past, this one does seem plausible.

Do you think there is any need for a 12-inch MacBook Air, and if so how much would you be willing to pay?