With Apple set to unveil new products next week, a huge debate has started between colleagues and friends as to what it is they will showcase during the keynote. A new iPad Air and mini are no brainers, but consistent rumors of a 12.9-inch iPad (Pro) and the 12-inch Retina MacBook Air seem to be a focus for some people. However, both are highly unlikely to be revealed due to production issues.

The slightly smaller MacBook Air for 2014 is set to get an updated display to Retina, along with a much needed processor upgrade. If we are to believe latest rumors, then production for this model could begin in December, although that would mean an early 2015 release. With that being said, Apple could use next week’s event as an opportunity to unveil the new MacBook, especially if it is to come with an all-new design.

Apple could start to be clever here and start to showcase upcoming products several months in advance, as to stop images of final production models being leaked, much like they did with its new Watch device. 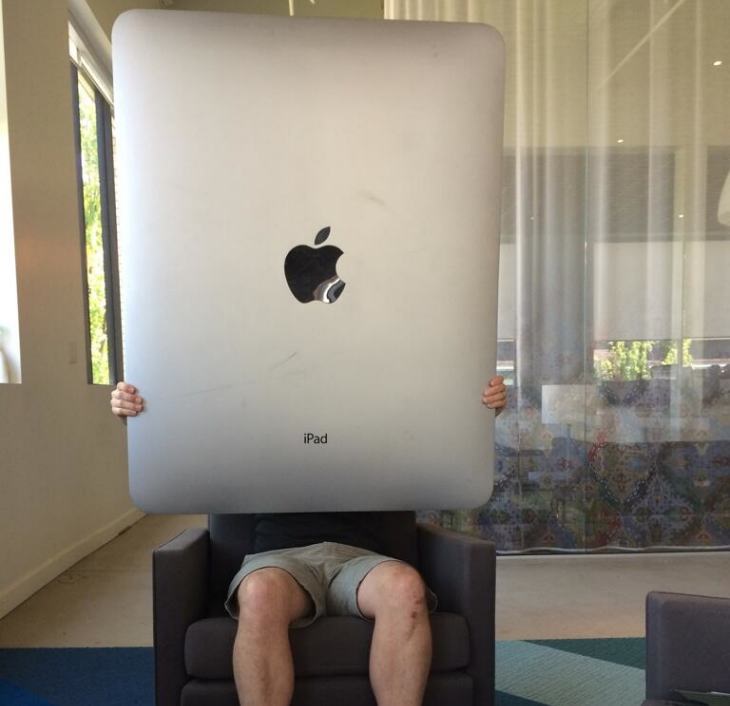 Going back to the 12.9-inch iPad, this is highly unlikely to make a showing next week, mainly because of suppliers already struggling to produce enough displays for the iPhone 6 and 6 Plus. And, as a result will see production for the larger iPad centered for business users pushed back until early next year. 9to5 Mac says that Apple’s main priority is to keep up production of the iPad, and so the 12.9-inch iPad will have to be put on the back burner.

12.9-inch iPad vs. Retina MacBook Air – Rumors of an all-new MacBook Air with Retina have increased again over the past few days, but from what our readers have been telling us, they believe the 12.9-inch iPad should take precedence. Forget production issues aside, the demand for a large iPad would be far greater than that of a new MacBook Air, and so sales would also be higher.

It is for this reason if Apple has any intention of releasing the larger iPad, then they should also reveal it next week, as it is a way to keep us interested. We know some of you believe that Apple would be better to release it before the Christmas season, as this is the time people purchase iPads more than any other time of the year.

However, a 12.9-inch model would be focused more for the business user, and so the holiday season would not come into it. There is also the fact that Apple already releases enough products in the fall, and with something big expected next week (iPod touch 6G, Mac mini or Apple TV 4G) and anything more would just saturate the market.

If you had the choice of a 12.9-inch iPad or 12-inch Retina MacBook Air, which would you rather?