We have recently had speculation that the iPhone could be finding its way to the Sprint network. But there are a number of good handsets confirmed for the network, so today we are looking at 10 upcoming Sprint phones not to miss in 2011/2012.

One handset which will likely be at the top of many Sprint customers wish lists will be the HTC EVO 3D. Due to be released on the 24th of this month the handset offers a qHD 3D capable display, and a 1.2GHz dual-core processor. One feature which makes the device really stand out is the dual-lens camera for 3D capture.

Expected to be released sometime in July the feature packed Motorola PHOTON 4G will also get some attention from Sprint users. This handset comes with a dual-core Tegra 2 processor, and has an 8 megapixel camera. You will also find a 4.3-inch qHD display and 1GB RAM.

Sprint are also set to get two new tablets in the coming months with the HTC EVO View 4G coming out on June 24. This is the Sprint version of the Flyer tablet which has a 7-inch display, two cameras, and Android 2.3. The BlackBerry PlayBook is also due to hit the network soon. 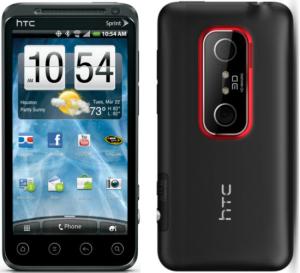 Another handset the Samsung D600 which will run Android 2.3.3 on a 1GHz processor is also due to launch sometime in the future. Other confirmed handsets include the Samsung Within, HTC Kingdom, HTC Mazaa, Motorola Titanium, and Motorola Atrix 4G.

There are some good looking handsets coming out for Sprint consumers, are you planning on getting any of the ones listed above?